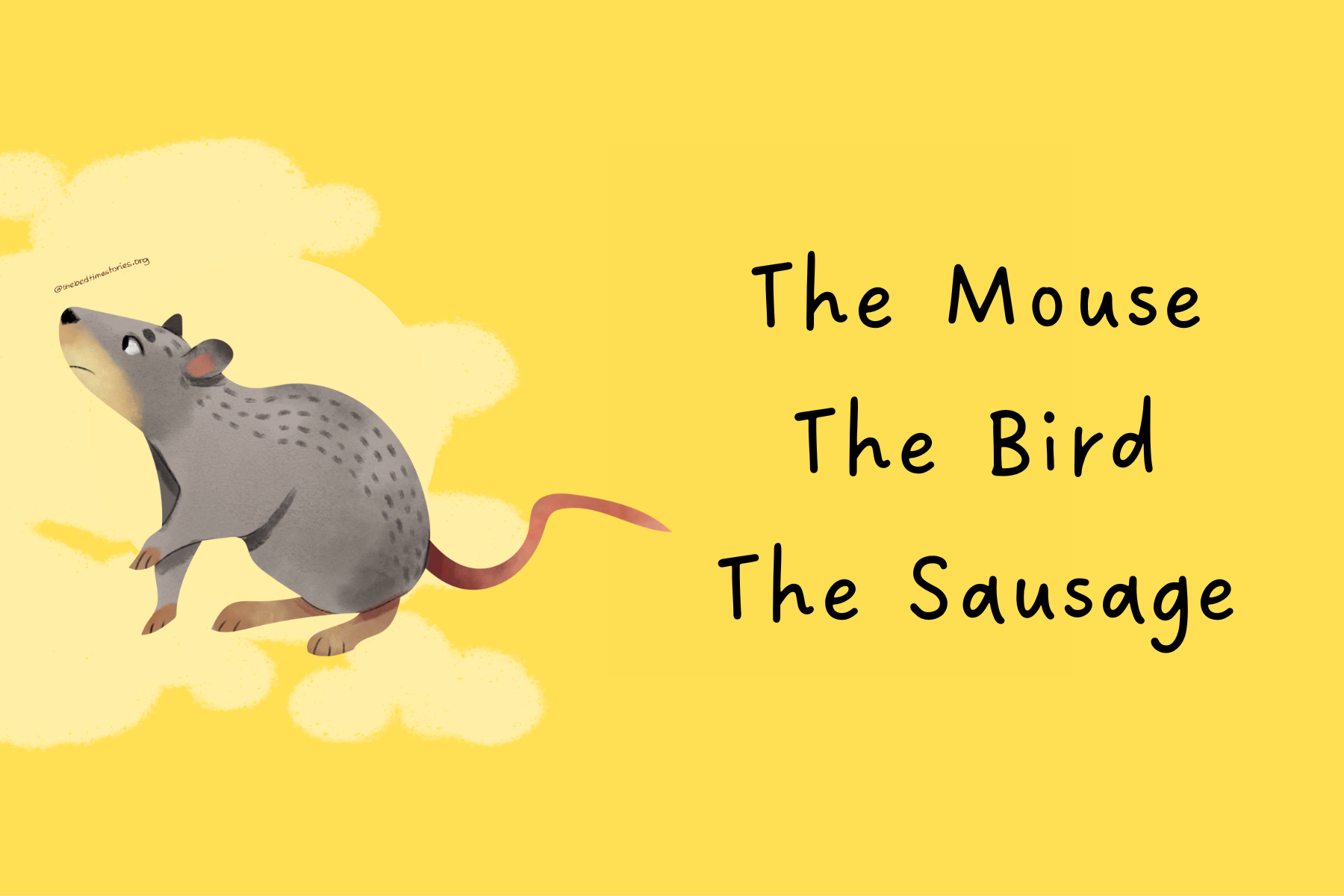 Once upon a time, a mouse, a bird, and a sausage became friends and started living together. For a considerable period of time, everything seemed to be perfect. They were thriving. The bird brought the cinder wood from the forest, the mouse fetched the water and the sausage attended to the cooking.

One day, as the bird was collecting wood, he came across another bird. To him, he boasted of his hard work and how well he was living with his two best friends. The other bird called him a fool and told him that he was the one doing all the hard work. The mouse would only fetch the water once and he could relax and all the sausage had to do was attend to meals being cooked. While he had to fly across several fields to get to the forest and bring all the wood back home.

Influenced by those remarks, the bird next morning refused to bring in the wood, telling the others that he had been their servant long enough. He suggested they worked around some other way. The mouse and the sausage begged and prayed, but the bird refused to budge. They, therefore, drew lots, and it fell upon the sausage to bring in the wood, to the mouse to cook, and to the bird to fetch the water.

It was almost evening, and the sausage was nowhere to be found. The bird flew out to search for him. On his way, he met a dog, who claimed to have devoured the sausage while it was returning from the woods.

He picked up the wood and flew back home. He informed the mouse about what fate the sausage landed upon. They both were visibly sad.

The mouse tried to cook the meal finally, but he was inexperienced and ended up falling into the boiling pot full of water and dying.

Presently the bird came in and wanted to serve up the dinner, but he could nowhere see the cook. Then some of the wood that had been carelessly thrown down, caught fire and began to blaze. The bird hastened to fetch some water, but his pail fell into the well. He dived after it, but instead, he drowned and gave away his life.

The tale of The Mouse, the Bird, and the Sausage instils good moral values amongst children. This shall help them develop into responsible humans who share a common sense of compassion, wit and kindness.