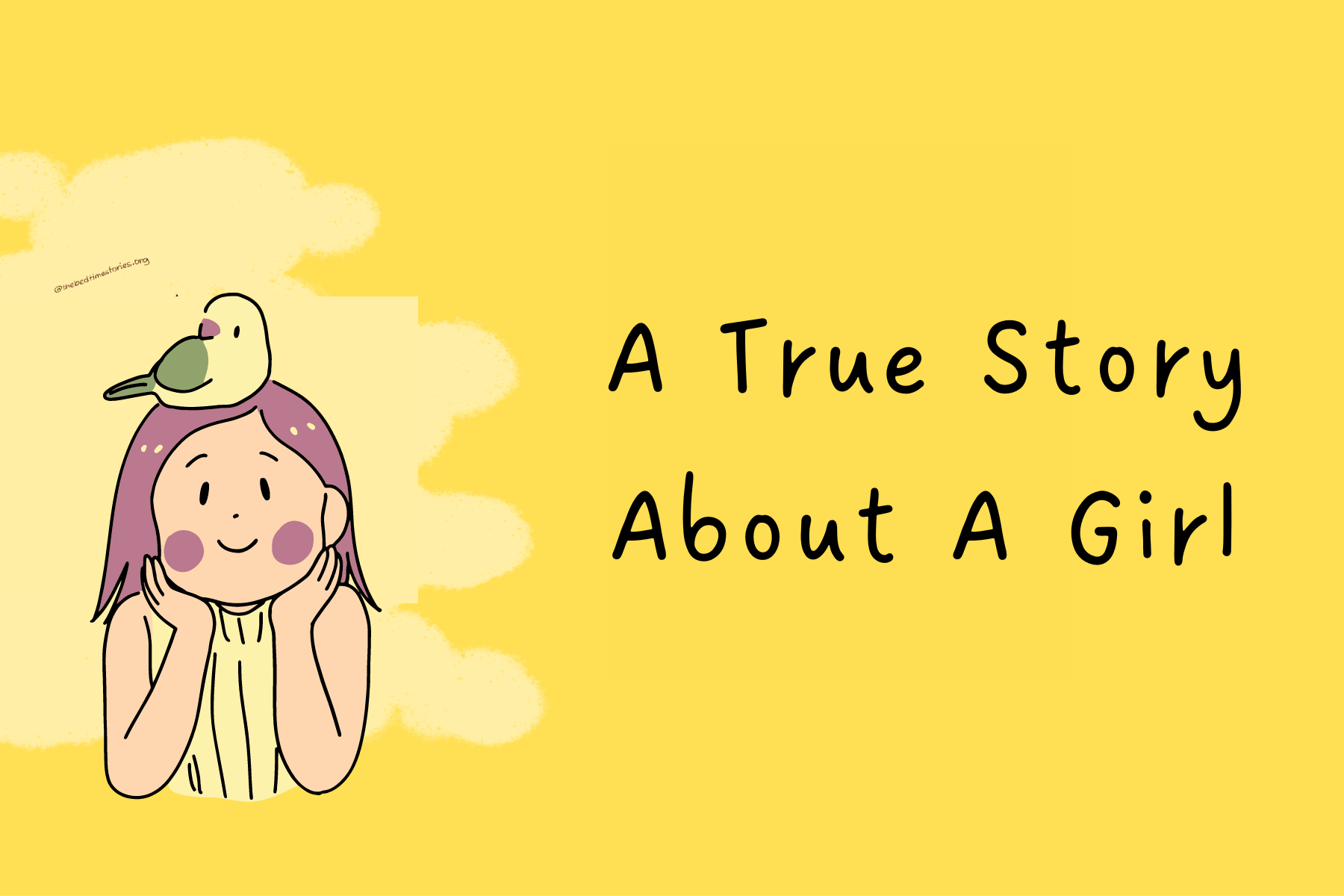 Once upon a time, there lived four sisters in a big barn house in the country. They were penniless, but they were the happiest ever because they were rich in everything except wealth. They had a wonderful, wise father who was a gifted storyteller; he taught them in such a way that studying was better than going out to play. They had a lovely, merry and kind mother who was never too tired to help them work or watch them play, and all green meadows of the country were theirs to play in. There were dark shadowy woods, plains of flowers, and a swift brook. And there was a big barn.

One of the little girls was named Louisa. She was beautiful and strong; she could run for miles through the woods and not get tired. She was brilliant; she liked to study and ponder interesting ideas all day long.

All the four little girls kept diaries. Louisa often liked to sit in a corner by herself and pen her thoughts down in her diary. She loved to come up with her own stories out of sheer imagination, and at times she spun verses.
When the four little sisters would be done with their lessons and helping their mother wash up and sew, they’d go to the big barn to play; their best game was that of acts. Louisa liked acts better than anything.
They turned the barn into a theatre, and the grown-ups came to watch the plays they acted in. They used to climb up on the makeshift hay-loft for a stage, and the adults would be seated on the floor. It was a massive load of fun. One of the plays they acted in was Jack and the Beanstalk. They had a ladder from the floor to the loft, and on the ladder, they tied a vine up for it to look like a beautiful beanstalk. One of the little girls was dressed up to look like Jack, and she acted the part with perfection. When the part of the story where the giant tried to follow Jack was to be acted out, the little girl cut down the beanstalk, and down came the giant tumbling from the loft. The giant would be made out of pillows, with a great, fierce head of paper and piles of funky clothes.
Another story that they acted out was Cinderella. They made a wonderful giant pumpkin, trimmed with yellow paper, out of the wheelbarrow. Cinderella rolled away in it when the fairy godmother waved her wand.
One of their best games to play was based on the story of Pilgrim’s Progress; if you have never heard it, you must read it as soon as you can to understand the old-fashioned words. The little girls used to put shells in their hats to signify they were on a pilgrimage, as the old pilgrims used to do. Then they made journeys over the hill behind the house, through the woods, and down the lanes, and when the pilgrimage was over, they had apples and nuts to eat in ‘the happy land of home.’
Louisa loved all these plays, and she came up with some of her own and wrote them down for other children to act out.
Louisa loved her mother way more than she loved to write or play games, and with time, as the little girl began to grow into a big girl, she felt unfortunate to see her dear mother work so hard. She tried her very best to help her poor old mother with errands. Yet, nothing would be of more help than some money to the poverty-stricken old woman and the family itself. They were in dire need of money to foster themselves- for clothes, food, and sustaining their livelihood. But there never had been enough money for them, and Louisa’s mother grew wearier and wearier and was very often ill. Louisa indeed suffered manifolds for this.
After contemplating for a while, Louisa’s prime concern was helping her parents and family out of poverty. And she began to work diligently to earn money and support them. She sewed for people, and when she was a little older, she taught some little girls, and then she wrote stories for the newspapers. She gave away every bit of money she earned to her dear family, except what she ought to use. It helped partly, but it was a trifle compared to their pressing needs. Thereby, Louisa never felt as if she were doing enough.
Every year she’d grow more selfless, and every year she worked harder. She liked writing stories best of all her work, but she did not earn much through them, and often people discouraged her, saying she was wasting her time.
A publisher approached Louisa to pen a book for young girls one day. Lousia, being a little ill, reluctantly agreed to the offer. When she gave some thought to the idea, she started reminiscing about the lovely time she had spent with her sisters. And so she authored a novel narrating their adventures and poured her heart out into it. She described her loving mother, her wise father, and all the little sisters. Besides the jolly times, she penned down the tough days- the shortcomings of money and their poverty-stricken lives.
She titled the book ‘Little Women’ and sent it to the publisher when the book was done.
And, children, this is the very book that made Louisa famous. It was so sweet and funny and sad and honest—like our own lives—that everybody wanted to read it. Everybody bought it, and she had a steady source of income through the same. After countless years of struggles, Louisa’s wishes manifested. She finally bought a lovely house for her family, sent one of her sisters to study in Europe, and bought her father as many books as he wanted. But best of all, she could finally watch her beloved mother, weary and ill after ages of struggling, take some rest and be happy. Never again did her dear mother have to do any tough work. She could finally rest and watch her family prosper.
Louisa May Alcott, for that, was Louisa’s name. Wrote even more wonderful books after this one, and she became one of the most famous women in America. But the best thing about her was definitely her undying love and care towards her mother, sisters, and family.

‘True Story about a girl’ describes the life and journey of the renowned author Louisa May Alcott. She has penned wonderful stories that can be enjoyed by almost everyone ranging from children to young adults to elderlies. Some of her notable works include Little Women and its sequels Little Men and Jo’s Boys.