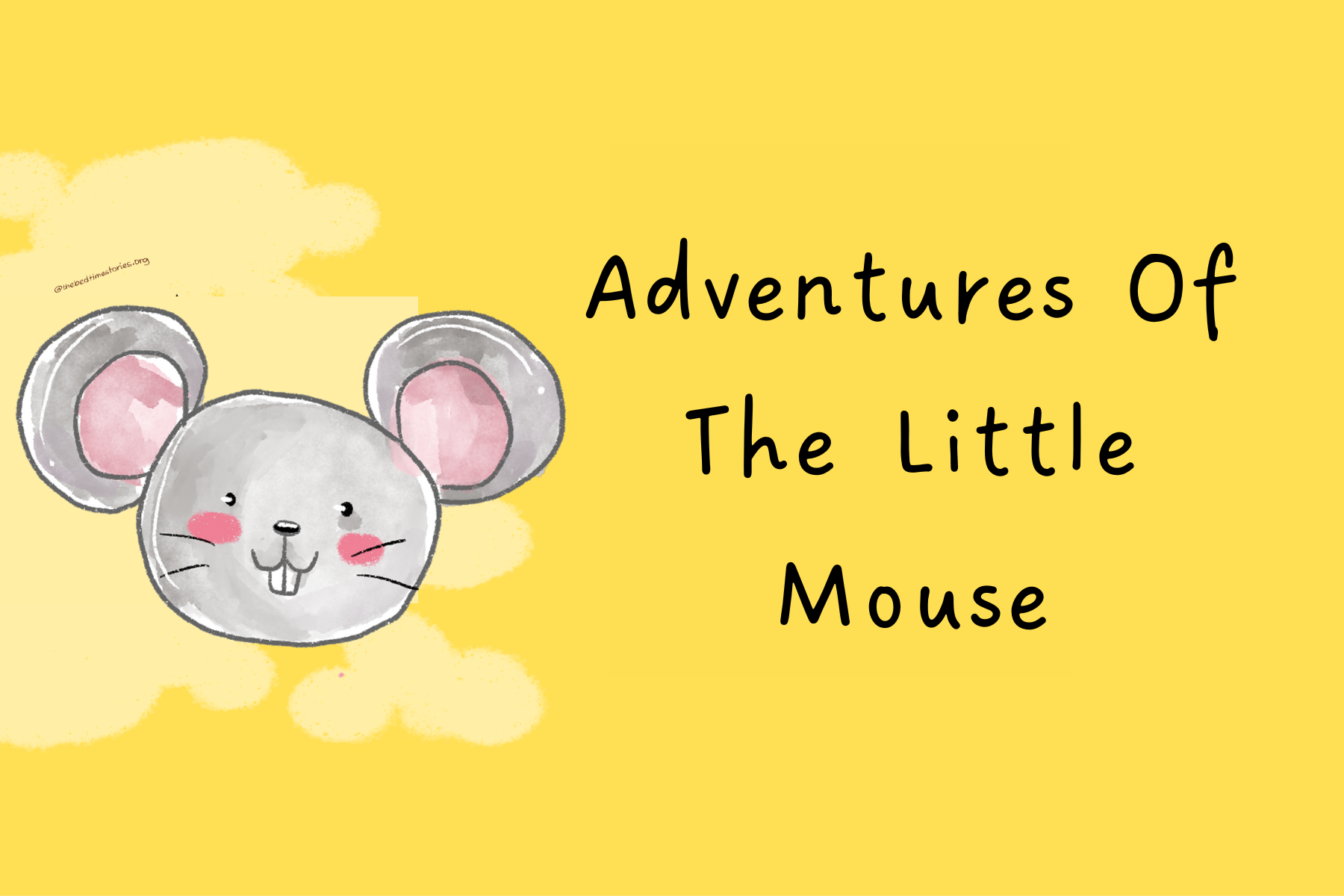 Once upon a time, there was a little brown field mouse. One day, he was out in the fields in a quest to find food. He was running along the grass and poking his nose out at everything. Finally, his eyes fell upon a shiny little acorn. He stretched his feet to grab it but the acorn the just roller farther away from him.He jolted after it, but it kept tumbling further, until it reached an a hobnob of roots of an old oak tree. And, finally, tumbling down under one of the roots.

The little field mouse sprinted towards the oak roots and poked his nose under the roots as he chased after the acorn. There he saw a small round hole in the ground. He slipped through and found stairs going down into the ground. The acorn kept rolling down. Down, down, down, rolled the acorn, and down, down, down, went the field mouse, until suddenly he saw a tiny door at the end of the staircase.

The shiny acorn had rolled down and stopped right at the little door. Quickly, the little door opened and the acorn rolled inside. The field mouse hurried as fast as he could down the last flight stairs and pushed through the door as it was closing. As it shut right behind him, he found himself trapped in a small room. And there, stood before him a queer little Red Man! He had a little red cap, a little red jacket, and odd little red shoes with with pointy toes.

“You are my prisoner,” he said to the Field Mouse.

“What for?” said the Field Mouse.

“Because you tried to steal my acorn,” said the little Red Man.

The little Field Mouse looked all about the room as quickly as he could, but he could not see any acorn. Then he thought he would climb back up the tiny stairs into the light again. But he found that the little door was locked, and the little Red Man held the key. And he affirmed  the poor mouse—

“You shall be my servant! You shall make my bed and sweep my room and cook my broth.”

So the little brown Mouse was the little Red Man’s servan. Every day he made the little bed and swept the room and cooked his broth. And every day the little red man went away through the tiny door and did not come back till afternoon. But he always locked the door and carried away the key.

Finally, one day he was in such a hurry that he turned the key before the door was quite latched, which, of course, didn’t lock it at all. He went away without noticing.

The little field mouse knew that this was his chance to run away. But he didn’t want to leave without the pretty, shiny acorn.He looked everywhere for it. He opened every little drawer, peeped on every shelf, hunted in every closet, but it was nowhere to be. Finally, he climbed up on a chair and opened a door in the chimney-piece—and there it was!

When he was in his own house he put the shiny acorn on the table. Maybe,t he set it down hard, for all at once, with a little snap, it opened!

There was a tiny necklace inside! It was a most beautiful tiny necklace, fitted with jewels, and it was just the right for a lady mouse. So the little Field Mouse gave the tiny necklace to his little sister. She found it lovely. And when she wasn’t wearing it she kept it in the shiny acorn box.

And the little Red Man kept questioning where had it disappeared. He tore his hair off in dismay while the little field mouse thrived with his family.

The tale of the adventures of the little field mouse instils good moral values amongst children. This shall help them develop into responsible humans who share a common sense of compassion, wit and kindness.