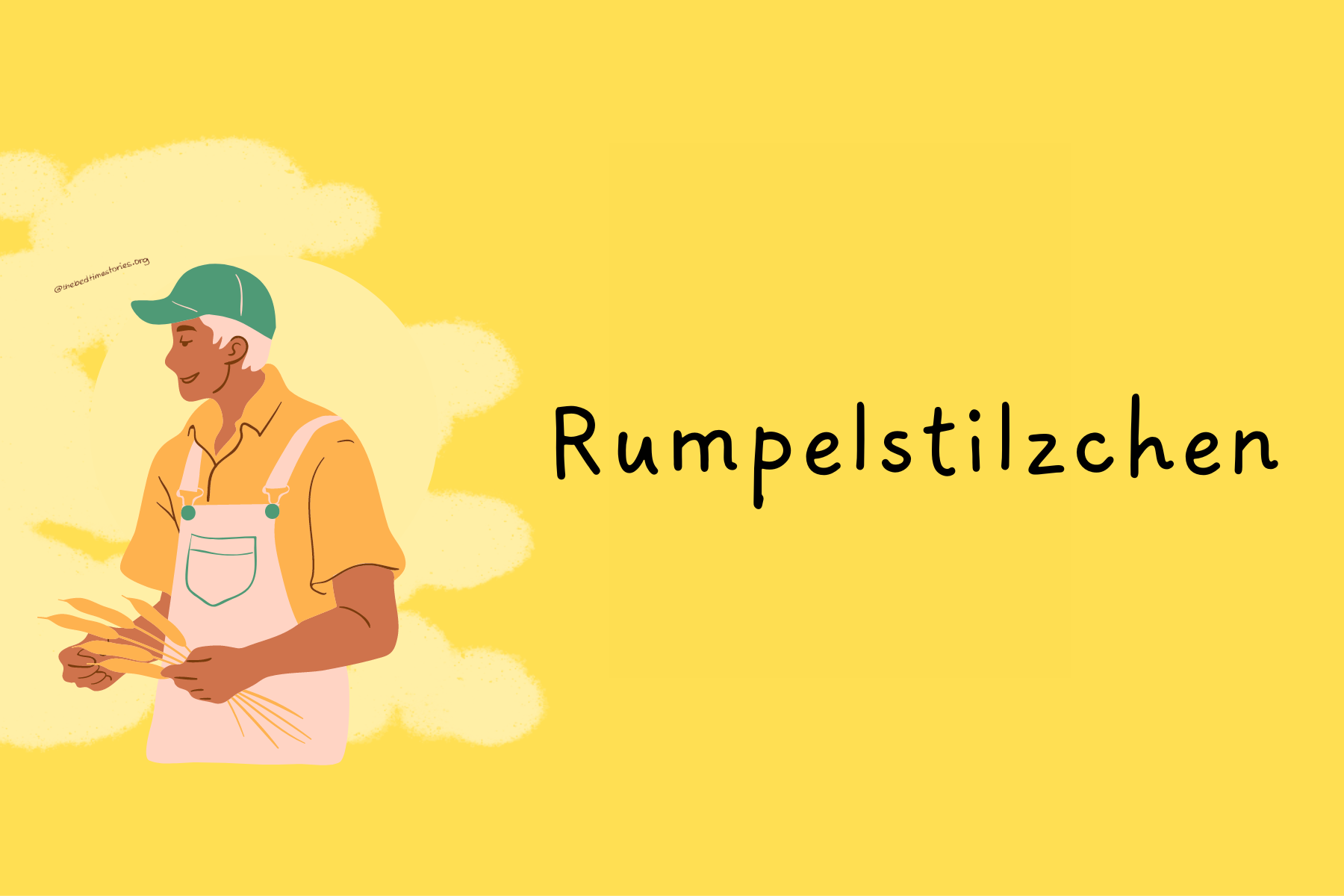 There was once a miller who was really poor, but he had a beautiful daughter. When he got a chance to talk to the king, he wanted to seem impressive. Thus, he claimed, “I have a daughter who can spin straw into gold.”

The king replied to the miller, “That is an intriguing talent to possess! If she’s as skillful as you claim, bring her to the palace tomorrow. I shall put her powers to test.”

When the maiden was brought to him, he led her to a room full of straw, gave her a wheel and spindle, and said, “Start working all at once, and if by the morrow this straw is not spun into gold, you shall die.” He locked the door and left the maiden alone.

The poor girl sat down worried, and could not for her life think what she was to do! She has no clue as to how she could turn all this straw into gold. She was distressed and began weeping.

Suddenly, the door opened, and a little man entered, and said, “Good evening, my pretty lady, why are you weeping so bitterly?”

“Ah!” answered the maiden, “I must spin all this straw into gold, and know not how to do it.”

The little man said, “What will you give me if I do it for you?”

“My neckerchief,” said the maiden.

He took the neckerchief, sat down before the wheel. He kept grinding at the wheel, and by the morning, all the straw was gold!

The king came at sunrise and was greatly astonished and overjoyed at the sight. But it only made his heart the more greedy of gold. He put the miller’s daughter into another much larger room, full of straw, and ordered her to spin it all into gold in one night if life were dear to her. The poor helpless maiden began to weep when once more the door flew open, the little man appeared, and said, “What will you give me if I spin this straw into gold?”

“The ring on my finger,” answered the maiden.

So the little man took the ring, and began again to send the wheel whirring round, and by the next morning all the straw was spun into glistening gold. The king was rejoiced beyond measure at the sight, but as he could never have enough of gold, he had the miller’s daughter taken into a still larger room full of straw, and said: “This, too, must be spun in one night, and if you accomplish it you shall be my wife.” For he thought: “Although she is but a miller’s daughter, I am not likely to find any one richer in the whole world.” As soon as the girl was left alone, the little man appeared for the third time and said: “What will you give me if I spin the straw for you this time?” – “I have nothing left to give,” answered the girl. “Then you must promise me the first child you have after you are queen,” said the little man. “But who knows whether that will happen?” thought the girl; but as she did not know what else to do in her necessity, she promised the little man what he desired, upon which he began to spin, until all the straw was gold. And when in the morning the king came and found all done according to his wish, he caused the wedding to be held at once, and the miller’s pretty daughter became a queen.

In a year’s time she brought a fine child into the world, and thought no more of the little man; but one day he came suddenly into her room, and said: “Now give me what you promised me.” The queen was terrified greatly, and offered the little man all the riches of the kingdom if he would only leave the child; but the little man said: “No, I would rather have something living than all the treasures of the world.” Then the queen began to lament and to weep, so that the little man had pity upon her. “I will give you three days,” said he, “and if at the end of that time you cannot tell my name, you must give up the child to me.”

Then the queen spent the whole night in thinking over all the names that she had ever heard, and sent a messenger through the land to ask far and wide for all the names that could be found. And when the little man came next day, (beginning with Caspar, Melchior, Balthazar) she repeated all she knew, and went through the whole list, but after each the little man said: “That is not my name.” The second day the queen sent to inquire of all the neighbours what the servants were called, and told the little man all the most unusual and singular names, saying: “Perhaps you are called Roast-ribs, or Sheepshanks, or Spindleshanks?” But he answered nothing but: “That is not my name.”

The third day the messenger came back again, and said: “I have not been able to find one single new name; but as I passed through the woods I came to a high hill, and near it was a little house, and before the house burned a fire, and round the fire danced a comical little man, and he hopped on one leg and cried:

“Today do I bake,

The day after that the queen’s child comes in;

And oh! I am glad that nobody knew

That the name I am called is Rumpelstiltskin!”

“The devil told you that! the devil told you that!” cried the little man, and in his anger he stamped with his right foot so hard that it went into the ground above his knee; then he seized his left foot with both his hands in such a fury that he split in two, and there was an end of him.

The tale of rumpelstilzchen instils good moral values amongst children. This shall help them develop into responsible humans who share a common sense of compassion, wit and kindness.