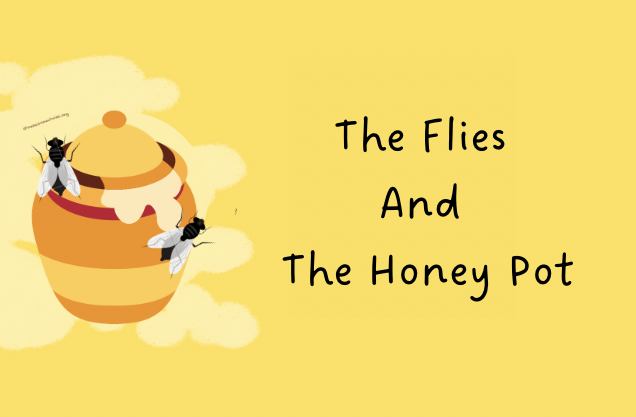 A NUMBER of Flies were attracted to a jar of honey that had been overturned in a housekeeper’s room, and placing their feet in it, ate greedily. Their feet, however, became so smeared with the honey that they could not use their wings, nor release themselves, and were suffocated. Just as they were expiring, they exclaimed, “O foolish creatures that we are, for the sake of a little pleasure we have destroyed ourselves.”

Pleasure is bought with pains, hurts.