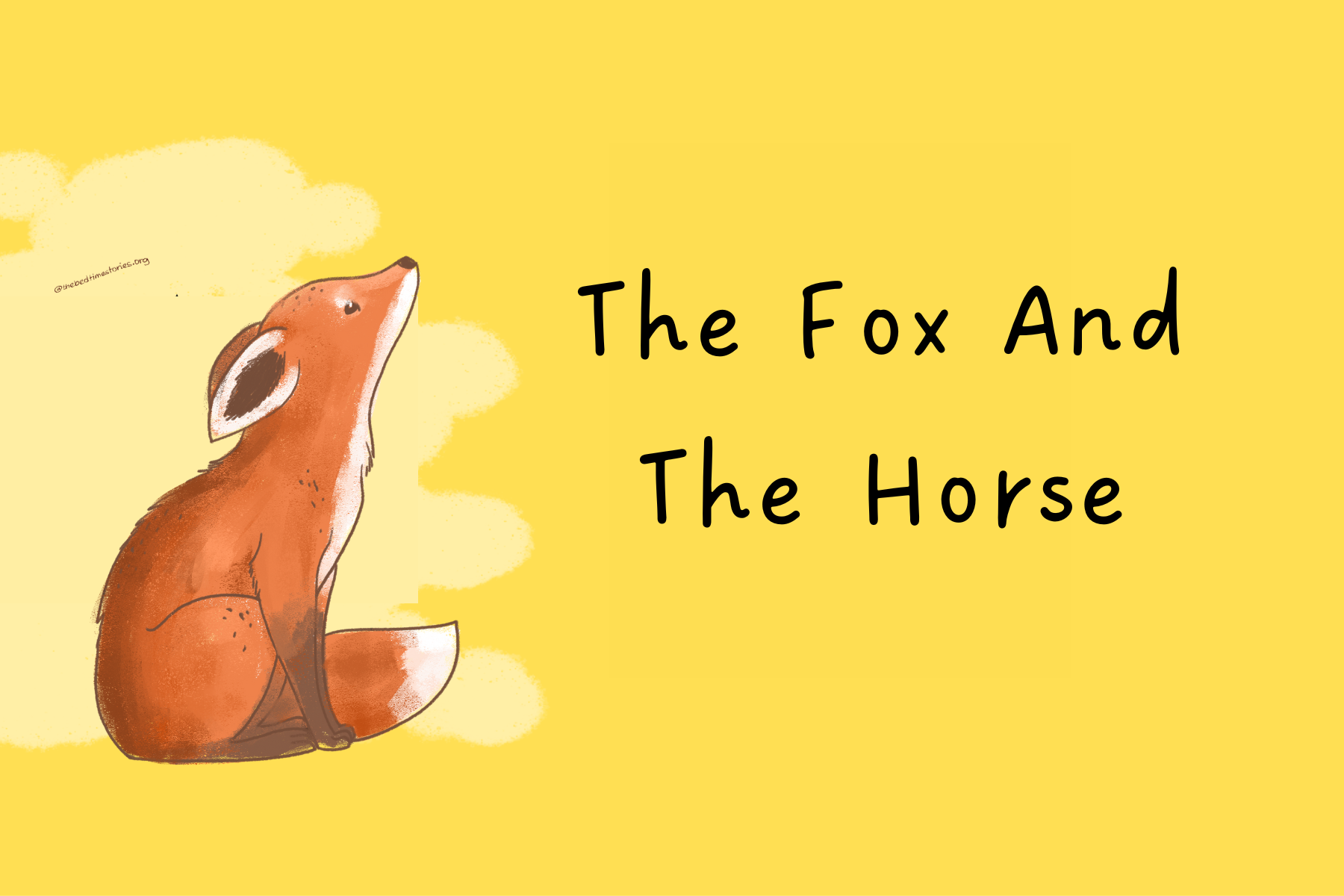 A farmer had a horse that had been an excellent and faithful servant to him, but he grew too old to work; so the farmer would give him nothing to eat anymore and say, ‘I no longer want you, so walk yourself off out of my stable; I shall not take you back until you are stronger than a lion.’ Opening the door to the stable, the farmer turned the poor old horse out of his farm.

The poor horse was very distressed and wandered up and down in the woods, seeking some sort of a small shelter to hide from the cold wind and rain.

Suddenly, a fox came by him,

‘What’s the matter, my friend?’ he asked, ‘Why have you hung your head down and seem so deserted?’

‘Ah!’ replied the horse, ‘Justice and greed never dwell under the same roof, my master has forgotten all that I have done for him over these many years, and because I can no longer work, he has turned me away and says unless I become stronger than a lion he won’t take me back again; What chance can I have off of that? He knows I have none, or he wouldn’t talk so.’

However, the fox urged him to be cheerful and said, ‘I will help you; lie down there, stretch yourself out quite stiff, and pretend to be dead.’ The horse did as he was told, while the fox went straight to the lion who lived in a cave close by and told him, ‘A little far away lies a dead horse; come with me, and you may make an excellent meal of his corpse’ The lion was incredibly pleased and set off immediately. Yet, when they arrived, the fox said, ‘You will not be able to eat him here comfortably, I’ll suggest that I will fasten both of your tails, and then you can pull him to your den, and eat him at your leisure.’

This advice pleased the lion, so he quickly lied down for the fox to fasten his tail to the horse. But the fox managed to tie his legs together and bound all so hard and fast that he could not set himself free, even with all his strength. The fox pat the horse on his shoulder when the work was done and said, ‘Jip! Dobbin! Jip!’ Then up, he sprang and moved off, dragging the lion behind him. The beast began to roar and growl till all the birds of the wood flew away out of fear, but the horse sang all along his way across the fields to his master’s farm.

‘Here he is, master,’ said the horse, ’I have defeated the lion.’ When the farmer saw his old servant, his heart melted, and he said. ‘You shall stay in the stable and be taken care of well.’ And so, the poor old horse had plenty to eat and lived happily ever after.

The grim brothers narrate the tale of the fox and the horse to instill good moral values amongst children. This shall help them develop into responsible humans who share a common sense of compassion, wit and kindness.